We can't go out but just look what you can be getting up to at home....streamed Theatre, Musicals, Opera, Music, Dance classes and more

The creative industries are doing what they do best in these most unusual of times - by getting creative! Look out for Theatre, Opera, Music Gigs, Comedy, Art Exhibitions, Dance classes and more popping up all over the internet.

While we are closed we'll be posting some highlights on here for you to enjoy from the comfort of your sofa. They may be linked to events that have appeared at the South Holland Centre or (were) are due to appear, or something quite random that we think you might be interested in.  Please click on the live links to see more information and access the content direct from the providers. Thank you...

See some of the best theatre and dance as chosen by The Guardian, such as Don’t Rain on My Parade starring Sheridan Smith and Northern Ballet's adaptation of George Orwell's 1984. Click on the link for further information plus a full and varied list of other fantastic productions available to stream online.

Fleabag -  Starring Phoebe Waller-Bridge, the hilarious, award-winning, one woman stage show that inspired the BBC hit TV series is available for a limited time on demand via Soho Theatre. Your donation contributes to charities dedicated to supporting those affected by the Covid-19 pandemic.

Royal Albert Home - a season of free events to stream at home including Katherine Jenkins V E Day 75 concert, Richard Thompson and Scouting for Girls.  All previously launched concerts can be viewed for sometime later - simply click on the titles you fancy to be directed to the concent on YouTube.

A series of Andrew Lloyd Webber Musicals - released one at a time and available for free for 48 hours as part of Universal's The Shows Must Go On initiative.

Shakespeare's Globe Theatre - Shakespeare plays filmed at The Globe Theatre, shown one at a time, on rotation every two weeks, as part of ‘YouTube Premieres’. The Winter’s Tale will be available from 7pm on Monday 18 May until 31 May.

Watch recorded theatre productions from  Pentabus Theatre Company including a performance of 'Crossings' which some of you saw live here at the South Holland Centre in 2018. Productions will be released each week and then available for three months.

Curve Theatre: The Show Must Go Online - A selection of digital content including archive recordings,  in-depth conversations with leading theatre-makers, activities and educational resources for children.

Only The Brave - A musical story of hope, bravery and togetherness. Based on true events, Only The Brave tells the story of a group of brave soldiers embarking on a dangerous mission that holds the key to the success of the D-Day Landing.

Everything Is Possible: The York Suffragettes - A play about the amazing story of York's suffragettes - a revolution is about to take place as an ordinary Heworth housewife risks her life and her family to join the fight. The play was filmed in 2017 at The York Theatre Royal and will be available to stream until 31 May.

Glyndebourne Open House - Glyndebourne throws open their doors to everyone, everywhere: join them at 5pm each Sunday and enjoy world-class opera in your living room for free.

Bringing cheer amongst the chaos, Funhouse Comedy are hosting weekly Quarantine Lockdown Comedy Specials every Friday night at 8pm until Lockdown ends. Your sofa and your bar! Donations welcome split between MacMillan Cancer Support and the comedians.

Popular Music and Comedy Live Streams collated by ENTS24 - click on the link for a huge choice of popular Live Stream content collated by this national listings provider: a range of ticketed and free events from Sarah Millican to The Royal Opera.

Cosmic Shambles - A stay at home festival featuring the world’s leading scientists, comedians, writers and performers. The festival is fun, real, accessible and amongst the shambles there’s something for everyone. Currently available to stream is a show all about the ocean, hosted by Robin Ince, Dr Helen Czerski and Steve Backshall with a selection of guests including Professor Brian Cox.

English Folk Expo Lockdown Live  - a host of streamed folk music with tip jar options. Scroll to the bottom of the Lockdown Live link and click on the photos of artists to get your folk club fix.

Royal Albert Home - a season of free events to stream at home including Katherine Jenkins V E Day 75 concert, Richard Thompson and Scouting for Girls.  All previously launched concerts can be viewed for sometime later - simply click on the titles you fancy to be directed to the concent on YouTube.

A variety of popular Music and Comedy Live Streams collated by ENTS24 - click on the link for a huge choice of popular Live Stream content collated by this national listings provider: a range of ticketed and free events from Sarah Millican to The Royal Opera.

Aurora Orchestra -  Aurora Play is a new digital series showcasing the best of Aurora’s orchestral adventures online. Broadcast free online through YouTube, the series features highlights from Aurora’s performance archive, as well as interviews and newly-created interactive films offering fun and creative ways to join in at home. Weekly from Sunday 10 May

Tate YouTube - A channel with a wide selection of films to watch, from Andy Warhol Exhibition tours, "How To" demonstrations, artist interviews and many more.

Louvre Museum Virtual Tours - Visit the museum's exhibition rooms and galleries and contemplate the façades of the Louvre.

Tate Kids - There are lots of fun creative activities for children to get involved in including things to make, quizzes, videos and even a gallery for artwork by the children themselves.

Half Moon Theatre at Home - Half Moon Theatre is offering a selection of recent much-loved productions for young people, which will be made available free, for everyone over the coming weeks. There's another chance to see the enchanting show 'Butterflies' which came to the South Holland Centre in 2018.

Theatre of Widdershins - View the theatre's "Crazy Tales for Crazy Times" storytelling videos on their Youtube Channel or view them live at 4pm every weekday via their Facebook Page.

Royal Opera House Create and Learn - Whether you're looking for simple activities, a creative home-schooling project, or theatrecraft fun, Create and Learn invites you to explore the magical world of the theatre from home. All of our new resources are free to access and do not require you to login.

The Owl & The Pussycat - streamed performance by Hammerpuzzle and released by Everyman Theatre, Cheltenham -  for 3 years and over.

The Midnight Gang - This inventive tale of fun, friendship and the importance of kindness is adapted from David Walliams's biggest selling children’s book of 2016. Filmed at the Chichester Festival Theatre.

Tall Stories at Home - To help keep children and grown ups entertained at home, Tall Stories have created a page featuring videos, activities and ideas to remind everyone of the magic and power of stories and storytelling.

Roald Dahl - The Roald Dahl website not only has a page dedicated to activities at home but you can also go on a virtual tour of the museum and watch their 'Make Stories' films.

The Tales of Birbal - Mashi Theatre presents Tales of Birbal, a play featuring ancient stories that are akin to Aesop’s fables. Tales of Birbal is a colourful, inventive, humorous piece, featuring music and puppetry. Suitable for children aged 6 and over.  Available to stream from 6pm on Friday 8 May.

Sharing Stories - Stratford Literary Festival bring you a selection of children's stories read by brilliant authors plus draw-alongs with some best-selling illustrators.

Fantastic For Families explore this resource to find a whole list of creative things to do online with your young family such as dance workshops from Sadler's Wells, how to create a rocking dragon from Cool It Art, bedtime stories from Danyah and guests and much more...

A Tiger's Tale - From a circus train in South Africa, to a steamboat on the Atlantic Ocean and onward to West Yorkshire, a ramshackle travelling troupe tell us the unbelievable true story of acrobats and their adopted tiger cub! This tale, brought to you by the M6 Theatre Company was inspired by the book Tiger on a String by Kassie Overend.

London Symphony Orchestra - Free resources for families and young people at home including listening activities plus masterclasses with LSO players.

More than 20 film festivals around the world have joined together to stream movies for free on YouTube after the coronavirus pandemic closed cinemas and forced the cancellation of annual showcases in Cannes and New York. The 10-day We Are One: A Global Film Festival will feature content curated by the Berlin, Cannes, Sundance, Toronto, Tribeca and Venice film festivals, among others, starting on 29 May. The festival will showcase films, documentaries, music, comedy and conversations. Watch this space for further information!

Free Online Movies - Open Culture have compiled a collection of 1,150 free online movies including classics, indies, film noir, documentaries and other films, created by some of our greatest actors, actresses and directors.

Hay Festival Digital - interactive events from more than 100 award-winning writers, global policy makers, historians, pioneers and innovators, celebrating the best new fiction and non-fiction, and interrogating some of the biggest issues of our time.

Royal Academy of Dance - Silver Swans weekly Ballet classes for over 55s. Learn basic ballet moves and keep active. Screened live on Wednesdays at 1pm and then available until the next class.

Keep Fit with Theatre - The Curve Theatre share with you some fantastic videos and opportunities from their associates and affiliates to keep you moving. 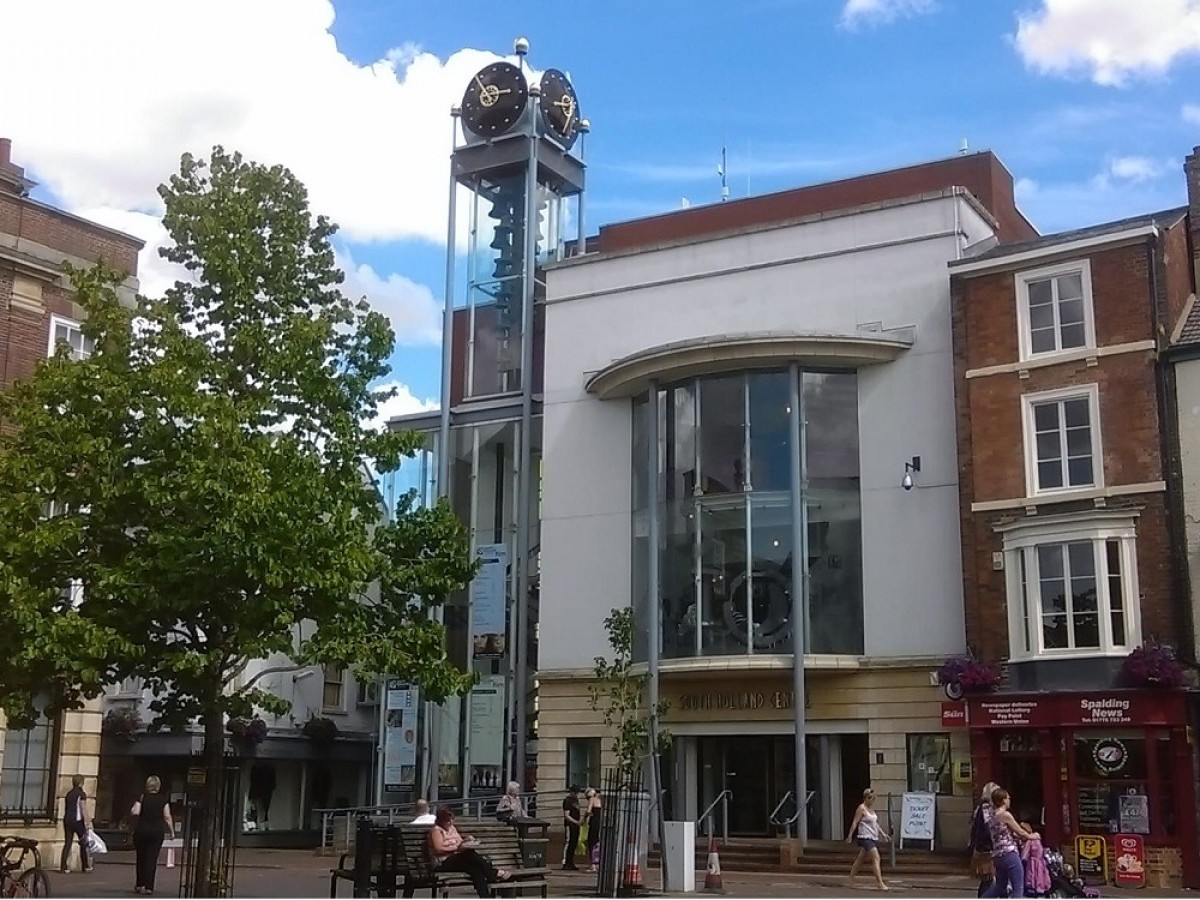